While many Musicians dream of the big time playing to a huge fan base at top sold out venues, the reality for the majority of musicians is much more moderate. 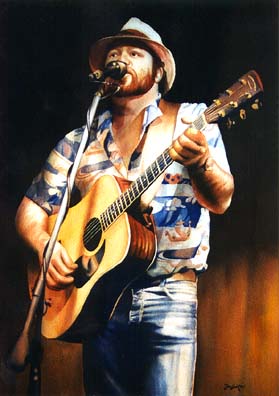 We’ve seen a huge amount of change to the music industry in the last decade. While technology has allowed everyone and anyone to record at home and distribute the results worldwide, this has ultimately led to saturation point where music is no longer considered by many to have much, if any monetary value at all.

So what does the modern day musician do?

First and foremost, music should be fun. Its a craft and it surely begins with the mastery of your instrument of choice. One could argue that to reach an acceptable standard on any instrument should be achievement enough. Of course you never stop getting better, there’s no final destination when it comes to musicianship. But many of us do reach a point where we feel comfortable with our playing and while some are always pushing themselves further, others are happy to just enjoy what they can do.
Ultimately though, playing for yourself or with other musicians should be enough of a reason to take a great deal of pleasure in your life as a musician. 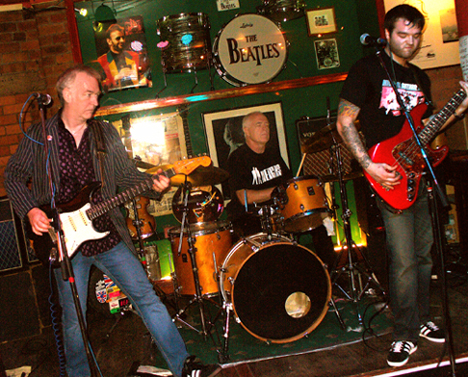 Playing for other people is the next stage I guess. To entertain, perhaps get a little following around your local gig circuit or even earn the respect of your fellow musicians.
This is where most musicians find themselves, often coming in and out of the local live scene throughout the years as bands form and disperse.
This often feeds our need to perform, to be heard and seen. And most do it alongside a regular day job. Being the musician at night and weekends is a healthy balance.
There comes a time in a musicians life when he or she realises and accepts that the big time isn’t going to happen and perhaps is no longer as desirable at they thought all those years ago.

Many people might call that failure. We’ve all been asked “What do you do?” you reply “I’m a musician” which is met with a response of “have you had any hits?”

Music is one of those professions that the public tend to regard as either huge hit or huge miss. I mean when was the last time you dismissed a plumber who has not invented the tap or got the contract to re-plumb Buckingham Palace?
But not being famous or rich from your music does not equal failure. I would argue that reaching an ability on your instrument is success, after all, how many of your friends have tried to learn the Guitar and failed miserably! Don’t let them get you down, you are a success, you are a musician and with that comes an understanding about a whole bunch of stuff that non musicians will never enjoy.

Beyond playing outside your regular job, the next stage is to go professional.

No this doesn’t mean you get a record contract and a huge advance to buy that penthouse in London. It simply means you can make just enough money to do music full time and hopefully not have to hold down another job if you don’t want to.

For the vast majority of professional musicians this isn’t a lucrative, easy existence. In fact it’s arguably a bloody hard life. It involves a lot of travel, long periods of time away from home and if you have a family, that can be tough. More often than not you’ll be earning below the minimum wage but you do it because you love music. As Frank Zappa once said “Music Is The Best’.

In many ways I feel music is like a drug addiction. Its constantly nagging me every day to give it my attention. Such dominant distractions are hard to avoid and I think many musicians suffer from this. I often feel its a burden at times. How life would be so much easier to just hold down a regular job and be happy with the simple things . But no, even when I feel I have the balance just right, that little nagging musical voice pops up and makes me feel guilty that I’m not working on my music be that learning or writing a new song, or pushing onward with some other project. Its quite draining at times.

But back to being a professional. Indeed, its possible to do ok as a professional. Ultimately you want to build an audience and play the club circuit where that audience will buy a ticket to see you. Even if the club only holds a 100 people. Do that 2 or 3 times a week, coupled with some album/merchandise sales and you’ve got yourself a pretty respectable living.
This route is perfect for the solo artist. When you become a duo or band you’re splitting that money. Often in this case you find bands will do a tour and then return to a regular job. In many ways the music becomes a part time living, a second job if you like.
But with all this, beyond the money comes opportunities. Mostly you’ll get to travel. Not necessarily abroad but to even travel around your own country to places you would never go to is rewarding in itself. It’s guaranteed you will meet some interesting characters and you’ll be able to entertain others in years to come with your crazy tales and experiences. Any band who has toured will have plenty of stories that seem to always happen to musicians on the road.
Like the time a wealthy transvestite invited us back to his Castle after the gig……….and did I mention the Sword?…… you get the idea!

With playing the 100 seat clubs you’re bound to get invites as your profile grows. In the summer its the festival scene where you have a chance to play to bigger audience and reach new fans and its often those fans who will come to see you in the smaller club.

If your audience is big enough you’ll perhaps play the 300-500 seater venues. If that’s the case you’re in the big time. Beyond that comes all the fame and the hassle that goes with it. I know many musicians who play those 100 seater venues and have sustained a lifelong career doing it. They’ve had their ups and downs but the fact remains that they made it. They had a career as a musician and they pretty much did it through sheer hard work and talent and all this time they brought immeasurable pleasure to thousands of people over the years. That’s a worthy thing if ever I heard one.

So I conclude with this. If you’re just starting out, by all means dream but learn to accept from day one that you’ve more chance of winning the lottery than becoming a millionaire from being a musician. Be realistic. Set your goals wisely. Learn your instrument and get pleasure from your talent. That should be your first goal. Then if you choose, play for others and the reward should be their appreciation. Once money comes into it things become complicated. Maybe your fee will cover your costs, maybe it won’t but enjoy what you do. Find that balance. Music first, money second and that usually means working in a non music job. If you’re young, it wouldn’t be bad advice to say don’t put all your eggs in one basket. In other words, do your music but find another route, preferably one that you’re equally passionate about that will lead to a job that pays the bills. But then, try telling any young person to accept they aren’t gonna make it as a musician. I know as a teenager myself, leaving school, music was my world. I had no interest in one of those proper job things. But some twenty years later I’m wise to the fact that I could of done both and i’d probably do things differently now.

But if you want to go professional, be prepared for a long road and a lot of work. It takes years to build an audience. Reality is not the X-factor. But like all good things that take time to mature, the end result is far superior than any overnight sensation.

And I’ve not even discussed the many other music related careers such as teaching, retailing, sound engineers, etc that many of us who didn’t make the millions end up doing. Does that make us failures? No way, It makes us successful! Music Is The Best!