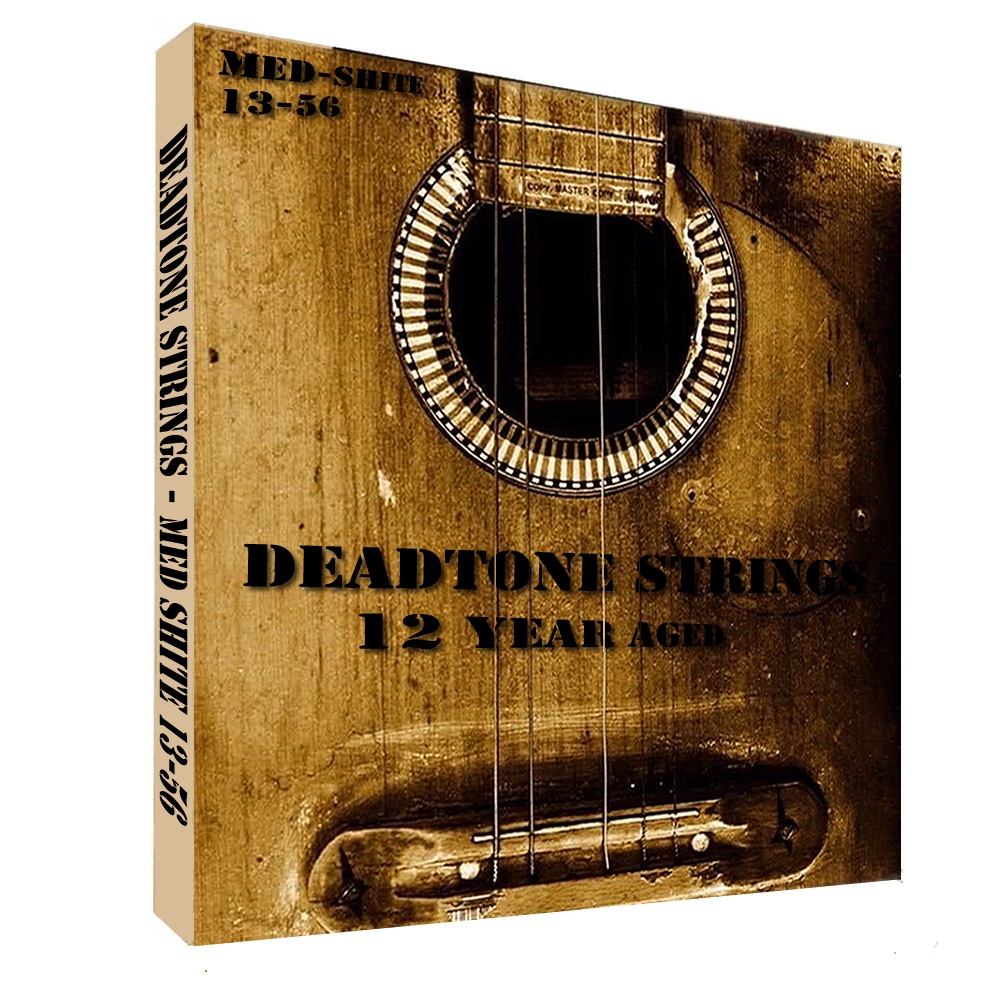 Following on from the world's first Graphene Guitar Strings, Strings.ie is excited to announce another innovative product for string players.
With so much hype around bright strings with longer tone life, Deadtone strings are the complete opposite, strings that sound dead!
We headed over to speak with April Thurst, head of Strings.ie product development to see the reasoning behind this product.

April, what's your thinking behind this rather unusual new range of strings?

April Thurst: As you know, we've been in the string business for many years and throughout that time we noticed two common questions from our customers. 1, 'Can you recycle our old used strings?' and 2, 'Can you recommend a string that isn't too bright and zingy?'.
So we got our thinking caps on and came up with a way to kill two birds with one stone.
Our new Deadtone strings are the perfect solution for guitarists looking for that worn out retro sound but unlike one of the leading string makers who have a product called Retro, our strings are actually the real McCoy Retro strings!

I noticed on the pack it says 12 Year Aged! What's that all about?

April Thurst: That's right. These strings are just like a good old aged whiskey! We've been collecting used strings for for 12 years now wondering what to do with them so we have a plentiful supply of used strings. In fact, some of the strings are much older. We sent teams into dead musicians attics, car boot sales and even into landfill dumps in search of old guitars so we could retrieve the strings. We saw value in other's junk!

April Thurst: Not quite. What we do is sort through the strings using a special scanner we have developed. Unfortunately we have to discard strings with any sign of rust or structural damage, these are sent for recycling.
We then grade the strings in terms of wear and gunk content. Unlike all those coated strings on the market who claim to keep the gunk out, what we discovered is all that sweat and dead skin actually has rather good musical tonal qualities. So we test for gunk penetration of between 50-60%, our tests have shown this is the ideal gunk caking requirement.

So you don't clean the gunk off the strings?

April Thurst: Absolutely not, this is like gold dust. What we then do is we use our special proprietary solution made from Irish Bog water which is sprayed over the string and then baked to seal in the gunk. The last thing we want is to ruin the dull dead sound by cleaning the string and brighting it.

Is there not some health concerns with this product?

April Thurst: Not at all. Our bog water solution has natural anti bacteria agents and plus the baking kills any germs. You could eat your dinner off these strings quite safely.

What can players expect from these strings?

April Thurst: They just sound old, dull and worn out, the complete opposite to a new set of strings.
This may not be widely known but it's long been a secret of the recording industry to use old strings in the recording studio. That dull sound just sits better in mixes. So what we have now is the first commercially available guitar string that is pre worn to sound properly retro. We're amazed none of the big string makers have thought about it before. All these fancy marketing names like Monel or Silk and Steel are just that, marketing hype. Our Deadtone strings are exactly what it says on the Tin.

Deadtone Strings are available for Acoustic Guitar in the following gauges and will be released for Electric Guitar later this year.