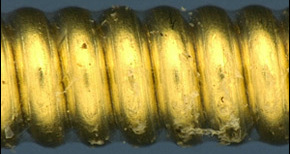 This week we wanted to talk to you about coated strings. Now the summer season is in full swing, many of you are out playing regular gigs and you’re probably getting through plenty of strings. If you’re a string breaker, coated strings are probably not worth the extra expense but if its dying tone you’re suffering from read on….

So what’s all this fuss about expensive coated strings? Well, a good while ago someone figured out that if you coated a Guitar string you could stop the sweat and dirt getting into contact with the metal causing corrosion and loss of tone. Elixir (owned by Gore, Gore-tex) were the first to enter the coated string market with their Polyweb coating. Elixir are still the dominant brand for coated strings. Several years ago they introduced the Nanoweb coating which was much finer allowing the string to feel more like an non-coated string. Elixir Coated strings are available for Acoustic Guitar, Electric Guitar, Bass Guitar, Banjo & Mandolin. 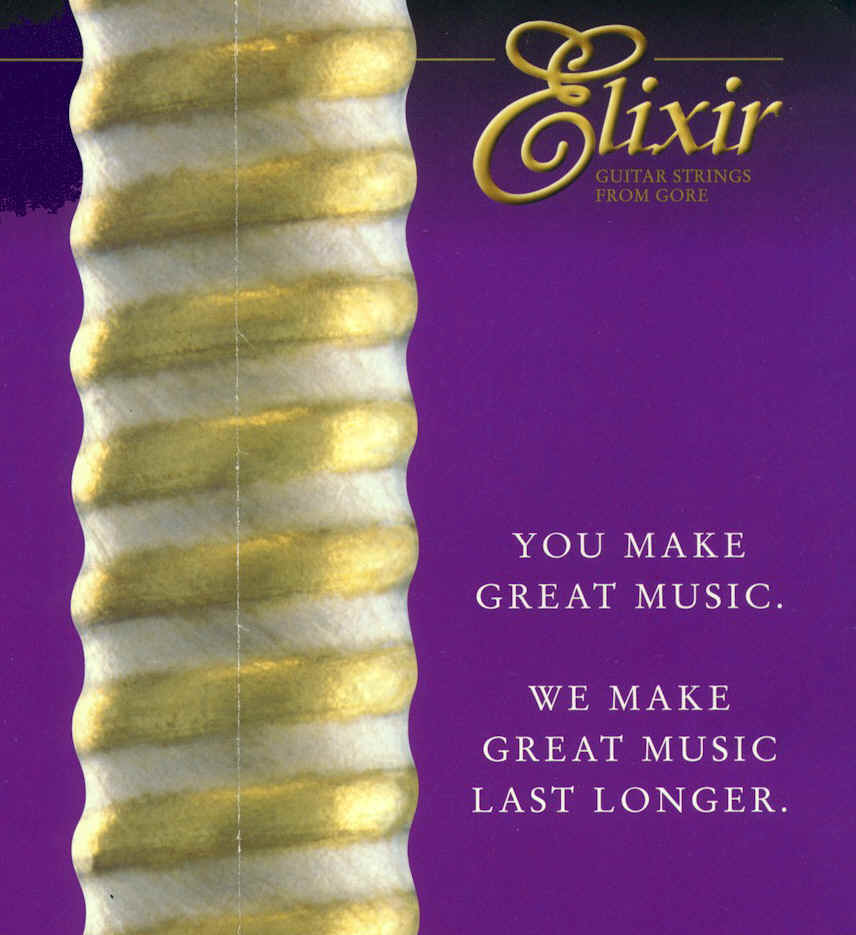 Now, Elixir strings are not cheap. You’ll be paying 2-3 times the price but many customers swear by them and they remain a best seller. But with the popularity of Elixir, other string brands soon followed with their own versions of coated strings.

D’addario has their EXP range and they’re a good bit cheaper than Elixir. Standard D’addario strings remain among the words best selling strings so if you use their EJ or EZ Acoustic Guitar Strings or their XL Electric strings you can now find the coated version under the EXP Brand. We also have EXP for Classical Guitar and Mandolin. 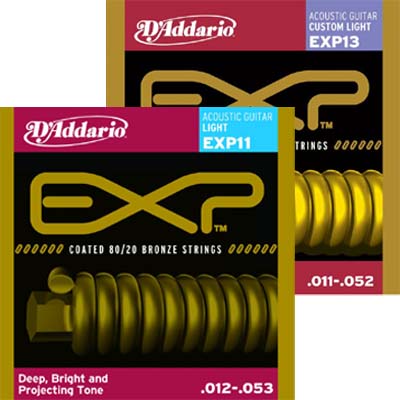 Martin on the other hand have teamed up with ClearTone to offer their SP Lifespan Strings. Again, much cheaper than Elixir. ClearTone Strings are a new brand, set up by Phil Everly of the Everly Brothers. ClearTone have taken a different route to coating their strings. Instead, they use a patented treatment. We’ve only had Clear Tone for short time but the customers who have tried them have told us they absolutely love these strings. So if you’re a Martin user, check out their SP Lifespan range and if you fancy a treated but non coated string try Cleartone.

DR Strings decided to take coated strings to a whole new level by colouring the coating to give your instrument a whole new look. The’re Black Beauties range and Red Devils are quite something but its their Neon range that has really taken off. The Neon’s glow in UV Stage lighting.

Most of the main string brands now offer a coated version of their strings but the ones we’ve mentioned remain the best sellers. Its certainly worth trying the coated version to see if they really do last you longer and save you some cash this summer. If anything, they might save you from having to re-string so often.